“There is perhaps a slight preponderance of avatar studies among the 2D art currently presented. This is not surprising, given the popularity of this genre of SL photography. However, it does run the risk of overwhelming the eye, and is perhaps why, that among the 2D artists, I found myself repeatedly gravitating towards Renior Adder and Degoya Galthie, both of whom offer quite different displays to the rest (which also should be taken to mean I did not appreciate the art of the other artists around the piazza!)” (Inara Pey)

Geometric harmonies, mathematical repeats, bright colors and flights of fancy: fractals propose an unusual encounter between mathematics and imagination, able to describe the objects of nature.

Fractal is a geometric pattern that is repeated (iterated) at ever smaller (or larger) scales to produce (self similar) irregular shapes and surfaces that cannot be represented by classical (Euclidian) geometry. Fractals are used especially in computer modeling of irregular patterns and structures found in nature.

Fractal is a geometric pattern that is repeated (iterated) at ever smaller (or larger) scales to produce (self similar) irregular shapes and surfaces that cannot be represented by classical (Euclidian) geometry. Fractals are used especially in computer modeling of irregular patterns and structures found in nature.

Relative to this art form, fractals are a unique, digital art form, using mathematical formulas to create art with an infinite diversity of form, detail, color and light. In simple terms, a fractal is a graphical representation of a mathematical equation. The formula used for a particular image determines how each pixel in the image is formed and colored. (Pixels are simply little squares which are the smallest display elements that make up the images you see on a computer monitor or television.) A typical fractal image contains millions of these pixels.

These complex images of extraordinary beauty can arise out of fairly simple mathematical formulas, and then by selectively modifying these formulas, changing coloring algorithms etc. one can create unique compositions previously unseen to the human eye.

Relative to science, fractals are essentially geometric shapes or forms that are represented in natural objects, from a fern leaf or tree, to a spider web or snowflake, to larger phenomena such as clouds, hurricanes, or even galaxies in space. The discovery of fractals allowed for defining irregular shapes which could not be defined, or represented before by mathematics. One could define (or model mathematically) a square, rectangle, triangle etc., but one could not define. or model, the irregular shape of a cloud formation, or tree outline, or coastline.

One very common shape or form, found in both fractals & throughout nature, is the spiral. This is one of the most common forms represented in the fractals one sees frequently on the internet, and this mathematical shape is pervasive throughout nature as well. Is there a connection between the mathematics and science, and creation? Fractals have been called the “Thumbprint of God”, perhaps they are! The examples below are representive of this spiral form, on several levels of scale, from the microscopic, to galaxies in the universe.

What is unique about fractals? Many things! But one amazing, characteristic aspect of fractals, is that they are infinite! A fractal is infinite in two distinct senses, the macro level, and the micro level. Fractals extend to infinitely large values of their co-ordinates, outwards in all directions from the center. It would be like starting at the very center of the universe and then moving outward to try and find the end of the universe.

Fractals also have infinite detail, in that one can zoom (magnify) in or out without limit (at least in theory) to show ever increasing detail within the image. This feature is one of the key aspects of fractals, whether relative to exploring fractals as an art form, or as found in nature.

Another distinguishing feature of fractals is it’s property of self-similarity; an arbitrary region of a fractal looks very similar (but not necessarily identical) to the entire fractal. Just as DNA stores all the information that for each of us, all the information for a fractal is contained in its “parent” image.

Fractals, in art and nature, can range from beautiful symmetry to the chaotic, from a perfectly symmetrical snowflake to a massive chaotic thunderhead cloud. But regardless of their symmetry, or level of chaos, fractals are everywhere we look and I hope the beauty of fractal art captivates your imagination, as they have mine!

Degoya’s Fractal Art is more than the fractal art I most frequently view. Fractal art can be used to make some of the most beautiful creations using nature’s own formula. This reminds me of the first review I have wrote on fractal art at Gallery Sanguine Dictorem’ several weeks ago. 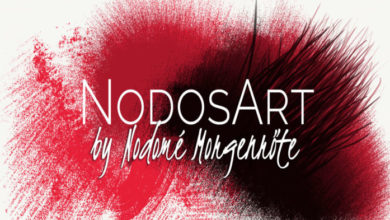 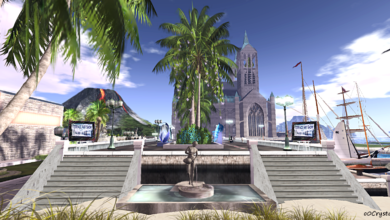 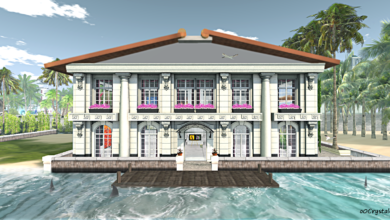